(Update 2016 March 28: The McCrory administration has produced a press release seriously misrepresenting the import on the law. More in this later post.)

(Update 2016 March 26: It turns out the new law also contains a provision canceling a long-established right to sue employers for any type of workplace discrimination (on the basis of race, gender, religion, etc.) in state court. People can still bring a civil rights action in federal court, of course, but that’s a lot more expensive, and there are a lot fewer federal courts. See this article at Talking Points Memo for more.)

As you may have read, the Republican-controlled North Carolina legislature held a one-day session for the sole purpose of passing a new law invalidating anti-discrimination and minimum-wage ordinances passed by localities. (For more details see for example this report.)

What particularly excited the legislators was the fact under a recent Charlotte ordinance, transgendered persons would be permitted to use the restroom of their gender identity. This is what happens in the real world most of the time anyway, and plenty of places in the U.S. the law explicitly permits it with no resulting problems.

In North Carolina, however, the new law requires people in state and local government buildings to choose a men’s or women’s restroom that corresponds to their sex as specified on their birth certificate, regardless how they dress or appear. People who have had a sex change can often get the birth certificate updated, but that depends on where they were born and it often doesn’t happen. Unless you’re a Republican legislator in North Carolina, you can see the obvious problem.

Here’s a picture of a man named J.P. Sheffield (Twitter handle @JayShef). Mr Sheffield”s birth certificate identifies him as female. So under the new North Carolina law, he has to start using the ladies’ room: 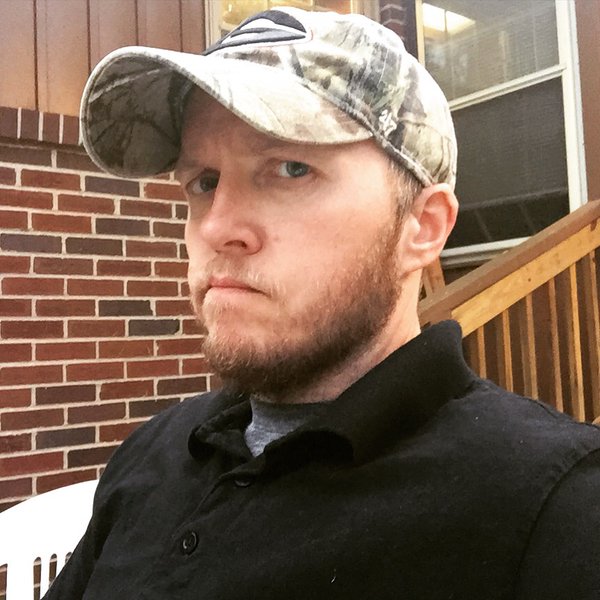 (Updated 2016 May 8 to clarify that the restroom provisions apply only in state and local government buildings.)